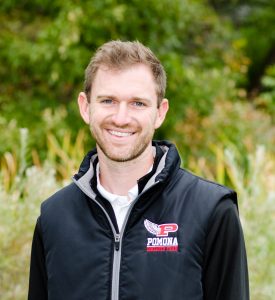 Coach Swartz is from Fredonia, New York and ran for four years for the local high school. He went on to attend Plattsburgh State University to continue his running career for the Division 3 Cardinals. During that time he was a SUNYAC and Atlantic Region qualifier in cross country and track, specializing in the steeplechase. Coach Swartz continues to study the sport of running and has coached middle school and high school athletes since 2010. He is currently a 6th & 7th grade ELA teacher at Moore Middle School. He earned his USATF Level 1 Track and Field coaching certification and his USATF Cross Country Specialist certification in the summer of 2019. 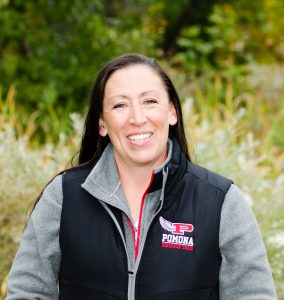 Coach Sanford started her coaching career in 2005 and has been coaching since then. She has coached children from the age of 5-18 both here in Colorado and in Texas. She is a  graduate of Westminster High School and continued her running career while in college. She attended a community college for two years and competed in the national cross country meet both years as well as qualifying for nationals and setting a school record in the steeplechase during track and field. Coach Sanford finished her collegiate career at Southeastern Oklahoma State University. In her free time she enjoys spending time with her family, being outdoors, working out, and running. Last December she completed her 5th marathon and look forward to training for some 5 and 10k’s this coming year!

Coach Mansfield is a proud Panther and running devotee. Coach Mansfield ran for Pomona Sophomore through Senior year, and recently graduated in 2019. Her favorite part of high school running was making life long friends and learning that persistence pays off. She plans to attend College at Rocky Mountain College of Art and Design in the Spring. 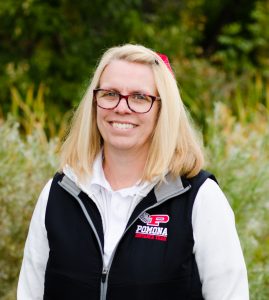 Coach Franssen grew up in Arvada and ran both cross county and track in high school.  Although, she wasn’t all-state, she found a passion for competing with other great athletes.  Her time as a two sport athlete taught her many skills about training, time management and commitment to a team. Lessons she hopes to provide through her coaching. Coach Franssen went to Kansas University on an academic scholarship. She eventually transferred and finished her degree in math at the University of Louisville. Since then she has gone back to school to earn a Masters in Curriculum, Instruction and Assessment. Coach Franssen been married to my husband – whom I met in middle school – for 28 years. She has been blessed with three children – Elizabeth, Ernie III, and Mary – who all graduated from Pomona High School. Ernie and Mary both ran Cross Country and Track. They both have gone on to run at the collegiate level. Coach enjoys watching young men and woman compete and challenge themselves to be the best they can be.  She wants to be a positive part in their maturation process as athletes and adults.

Sarah is a Colorado native graduating from Boulder High, CU Boulder and DU Law. While always up for a fun 5k, she didn’t get really involved with running until she met the Distance Team, TMTC, and the Track & Field Team at Pomona. She can be found cheering on every one of our athletes, taking great action shots, and is usually a good bet if you need a snack! For running, school,  legal or really any other category of question, don’t be shy to ask, and if you see her around, be sure to wave!

Coach Modzel grew up on Long Island, New York and ran cross country and track throughout both high school and college. As a fellow former Cardinal, she attended Plattsburgh State University with Coach Swartz, focusing on middle distance. During her running career, she broke school records in the 5k, 600m, and 4x400m relay and qualified for many championship meets. She recently received her master’s degree from CU Boulder in Museum & Field Studies in 2019. Coach Modzel is excited to have more free time to devote to running and helping out the Pomona Panthers!

Theme by Anders Noren — Up ↑